Practices to help seeing at a soul level 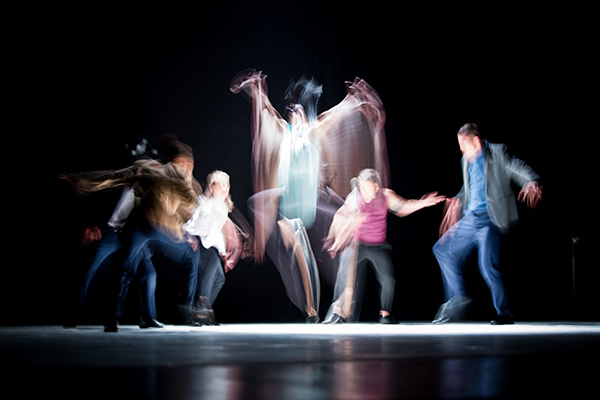 Hi all! Thank you all for the kind mentions and comments on the last post on improving your perspective on sexuality where people experience premature ejaculation and climaxing too quickly either as a male or female. There will be a follow up to that blog too!

There have been a few requests on talking about how, I deal with interacting with people on a soul level. This is an integral part of being a Tantric therapist, as all things to do with energy are what we thrive to perceive and help to heal blockages. The ideology of knowing that “we are not this body” is a phrase that I constantly repeat in my mind.

How do you reduce your ego and surrender to the Divine?

Since childhood, I have been exposed to a wide range of spiritual teachings from many paths out of which meditation, seva (service for the divine and devotees) and chanting the Holy names have been the ones that have resonated with me.

Below is a verse from the Sri Sri Siksastakam created by Sri Sri Caitanya Mahaprabhu who is the most recent incarnation of Krsna. He appeared 500 years ago in Bengal and in the form of Krsna’s devotee in the mood of Srimati Radharani. He left only 8 slokas (verses) of his instructions in writing, and they describe the glories of the Holy Names of the Lord and the mood one must have to chant and to be a devotee.

The verse below is one that I feel relates perfectly well to help reduce your ego and also such a clear teaching on surrendering to the Divine.

Now, relate this in terms of Tantra. If we are wanting to ‘chant the Holy name of the Lord in a humble state of mind’, what should we do? SUBLIMATION – this is the movement of energy from the lower chakras to the higher ones so our bodies are in a harmonious state and helps us operate from the mind rather than emotion. This helps to reduce the existence of the self as you’re then acting from intellect compared to reacting with emotion which gives rise to a range of emotional disorders such as; anger, jealousy, greed, lust, high ego, low self esteem, low self confidence and many more. Does this sound like something you experience? We all have or do go through these emotions on a daily basis, the main difference is on how we cope with these situations. They are all emotions which should come and go and not be held on to, this creates blockages in the body and aura.

So ‘thinking oneself lower than the straw in the street and being more tolerant than a tree’ are such powerful characteristics one should develop in order to be able to empty your own vessels of karma and creating space for the Divine to fill it up with nectar. This then enables one to be ‘devoid of all false prestige’ – perfect!

Small changes in your lifestyle and the way you think / act can help reduce your ego. Try to say ‘I’ less and rephrase the sentence so it’s from a third person view, this helps remove the self from that situation. Also, we said we are not this body, so why do we hold on to a name that has been given to identify this body as being the master? Our bodies are only being controlled by the mind and soul, so saying Hari is the best, Hari did this, Hari did that etc create a false sense of happiness, sadness or other emotions which create an emotional imbalance. Yes it is important to be proud of your existence as a humble human who is a spiritual warrior but not acting as the CEO of your company all the time. Your profession, status in society, labels given to you do not mean much in terms of spirituality, leave those at work, we are all equal but have different Karmic baggage which has created a range of differences in the lifestyles we all lead.

If you enjoy meditation, then there are a few things that one can do to become humble, merged with nature and self-less. There is no prescription for this, this is a personal experience. If you’re struggling to sit and concentrate, try to start by homing in to where you are sitting from a drone-type perspective. So you keep on zooming in from Universe, Earth, zooming in to Country, City, your location, your name, your physical body, your inner body, chakras, till you have nothing you can name – You are THAT! Silence, still, pure and a part of the Divine. See when there is no name, there is no self. When there is no self, there is nothing but the soul beaming, yearning to reach the Super-soul.

Once you have gone through these practices or motions, one can learn to respect others at a soul-level and observe them as either a Shiva or Shakti. How would you act if Lord Shiva or Goddess Shakti were sitting right in front of you? Exactly, your whole being would melt in awe or their splendour and transcendental glow. Would you have any ill feelings towards them? No. Would you want to serve them and create a space where you can cater for their every comfort and need? Yes! This is the way we should be interacting with all souls 🙂

Soul, Spirit, Atman, Self etc. are words which are used to define subtle nature of ourselves which is invisible & mysterious. Soul is something which is within this body and something which can exist without this body. When the soul lives in this physical body, it enjoys the different sensory objects through this body. Soul is indestructible and immortal. It moves from one body to the other. As we are not able to see this Soul due to it’s subtle nature so it looks mysterious to us.

Now let’s understand about the Soul through the Bhagavad Gita. As per Bhagwat Gita both God (Super soul) and the Individual Souls do exist and it also believes in the incarnation of the individual souls, their delusion and bondage to the cycle of births and deaths because of desire ridden actions. As per this, Soul at death gets released from this body, rises to the higher worlds (heaven etc.) or to the lower wombs (animals, birds etc.) and reincarnates or returns to the Earth to continue its cycle of births and deaths.

Below are Quotes in Bhagwat Gita, which describe the Soul, or Atman, in detail:

“Sri Krishna said: Just as boyhood, youth & old age are attributed to the soul & the embodied soul continuously passes through these cycles, similarly the embodied soul passes into another body at death. The wise man does not get deluded and bewildered with such a change.”

“Sri Krishna said: All these bodies pertaining to the indestructible, immeasurable and eternal living entity / soul are spoken of as perishable; therefore, fight, Arjuna.”

According to Bhagwat Gita, the Soul, or Atman, neither slays not can it be slain (Chapter 2.19).

“Sri Krishna said: They are both ignorant, he who knows the soul to be capable of killing and he who takes it as killed; for verily the soul neither kills, nor is killed.”

So dear reader, tell me… after reading the above, would you be able to act / react to other souls around you with a negative emotion? There will be times where someone may be acting in a negative way, that is fine, it is their karma, one should not engage with their explosion of emotion but respect how they are feeling and move on. However, if one feels attracted to their positive actions of another soul and feel that their spirituality can be supported or given strength, then by all means associate with them.

Choose your association wisely through the eyes of spirituality and not materialistic views. Looks and outer beauty are not factors to decide association but wisdom and higher qualities should help determine your association. You will find that your friends change over the years without you having to do much, these are signs of you growing up and shedding past relations. There will be groups of people that share a similar view like for example, your yoga class or meditation group but you will notice that there are cliques within that group too! Some will gossip, others will talk about what they’re eating tonight but there are some that speak very little but when they do talk, they speak only about spiritual enhancement or how to serve others. You take your pick.

This website uses cookies to improve your experience while you navigate through the website. Out of these cookies, the cookies that are categorized as necessary are stored on your browser as they are essential for the working of basic functionalities of the website. We also use third-party cookies that help us analyze and understand how you use this website. These cookies will be stored in your browser only with your consent. You also have the option to opt-out of these cookies. But opting out of some of these cookies may have an effect on your browsing experience.
Necessary Always Enabled
Necessary cookies are absolutely essential for the website to function properly. This category only includes cookies that ensures basic functionalities and security features of the website. These cookies do not store any personal information.
Non-necessary
Any cookies that may not be particularly necessary for the website to function and is used specifically to collect user personal data via analytics, ads, other embedded contents are termed as non-necessary cookies. It is mandatory to procure user consent prior to running these cookies on your website.
SAVE & ACCEPT